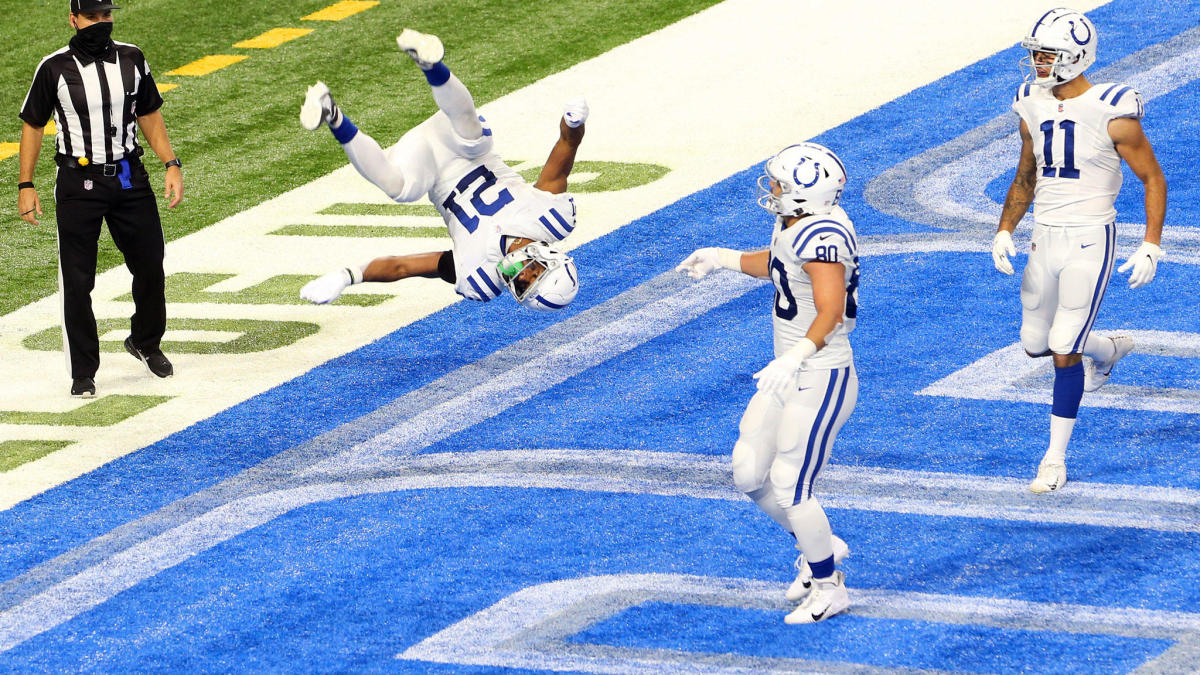 Here we are folks, the turning point of the fantasy football season as we are either in the playoff run, or right on the brink of calling it a season.

Looking at this week’s options are more of speculative adds and not sure-fire adds, but the upside is there because why else would you be here? I know you’re ready to keep scrolling so let’s get you prepared for Week 9!

As usual all players are owned in 60% or less of CBS leagues.

We really didn’t get to see Tua the way the majority of us would have loved to, thanks to the Miami DST scoring 2 touchdowns. He looked good, maybe a little scared at first, but that hit from Aaron Donald to start out was a hell of a welcome for the kid as he gets a great test in the Arizona Cardinals this week.

When you have Dalvin Cook running for three touchdowns, you as a quarterback usually aren’t asked to do much, but we all know the weather conditions were a big part of the reasoning behind Cook’s usage. The Vikings are welcoming the Detroit Lions into town who gave up three touchdowns to Philip Rivers and company last week.

This is a major dart throw, but it’s the Atlanta defense who has been giving away QB1 performances to everyone, outside of last Thursday night’s performance from Teddy Bridgewater. I don’t know what got into Lock in the second half of Week 8, but if he can continue this kind of performance, he could be a nice bye week replacement for Week 9.

Our Week 1 wonder is back as he recorded another two-touchdown performance with few carries, and just three receptions. Running backs are getting super thin, so wherever you can add, add Hines for depth.

He led the Colts with 20 carries, 89 yards and a touchdown. The carries and yards were also career highs. Word on the street is that Jonathan Taylor was injured and that was the reason he didn’t “break out” this week. I am putting these two running backs first on the waiver priority because we all like to chase points and use the “hot hand” approach.

*You may hear the comparison of Jonathan Taylor to Trent Richardson. I don’t see that happening, but maybe he’s just the rookie version of Melvin Gordon. You don’t have 2,000 yards three years in a row before entering the draft if there’s not supreme talent involved. Don’t over panic, or over spend if you are a Taylor owner. It will come.

Darrell Henderson went down in the second quarter with a thigh injury and we got to see Akers split the load with Malcolm Brown. The Rams were so far behind and didn’t run much in the second half so I feel that the rookie running back will be overlooked. He’s on a bye Week 9, so you may be able to add him after waivers run. A free pick up!

Any time you perform well against a tough Steelers’ defense you have to pay attention. Of course the Ravens like to run more than pass because, well, Lamar Jackson isn’t playing like he did last year. His throwing this year reminds me a lot of his rookie year. But Edwards was able to carry the rock 16 times for 87 yards and a touchdown. Rookie running back J.K. Dobbins (79% owned) also carved out a role out as he broke out with 15 carries for 113 yards. If Dobbins is available in any of your leagues, he is my top-add MUST ADD.

Marvin Jones had his 8th career two-touchdown game last week against the Colts. However, he did it at the expense of losing Kenny Golladay for at least next week, if not longer. This Lions’ offense could not run the ball against the Colts last Sunday and Stafford had his first 300-yard, 3-touchdown game of the season. Jones should be the WR1 on this team as long as Golladay is out. Expect the range at minimum of seven targets a week.

Aaron Rodgers could have used another solid receiver Sunday outside of Davante Adams. The game was a windy one and the passing yards weren’t there for anyone else to stand out, but hopefully it’s time for Lazard to come back this week. Rumor has is that the Packers are in talks with the Houston Texans about Will Fuller and Brandin Cooks before Tuesday’s trade deadline. Luckily for you, fantasy waivers are a later time/day for all of us so either this will stay relevant, or something you move on from.

He’s no Travis Fulgham, but he is what Philadelphia needs. Jalen Reagor came off IR and came out with three receptions for 16 yards, a touchdown, a 2-point conversion and six rushing yards. It may not be much, but it’s something to build on as they enter their bye week as Raeger continues to work on his chemistry with Carson Wentz. They get the Giants in week 10.

Since coming back Week 7, Sterling Shepard has 18 targets. Monday night he caught 8/10 for 74 yards. He’s got a favorable matchup Week 9 against Washington.

He plays the Dallas Cowboys.

With the news of George Kittle being out for eight weeks broke on Monday afternoon, his fantasy owners scrambled to pick up someone to replace him. No better than Jordan Reed who back in Week 2 filled in for an injured Kittle and finished with seven receptions for 50 yards and two touchdowns. Unfortunately, week 3 was nothing to brag about as he (Reed) went down again with a knee injury. If you miss out of Reed, a “healthier” Ross Dwelley (0% owned) may not be a bad consolation prize.