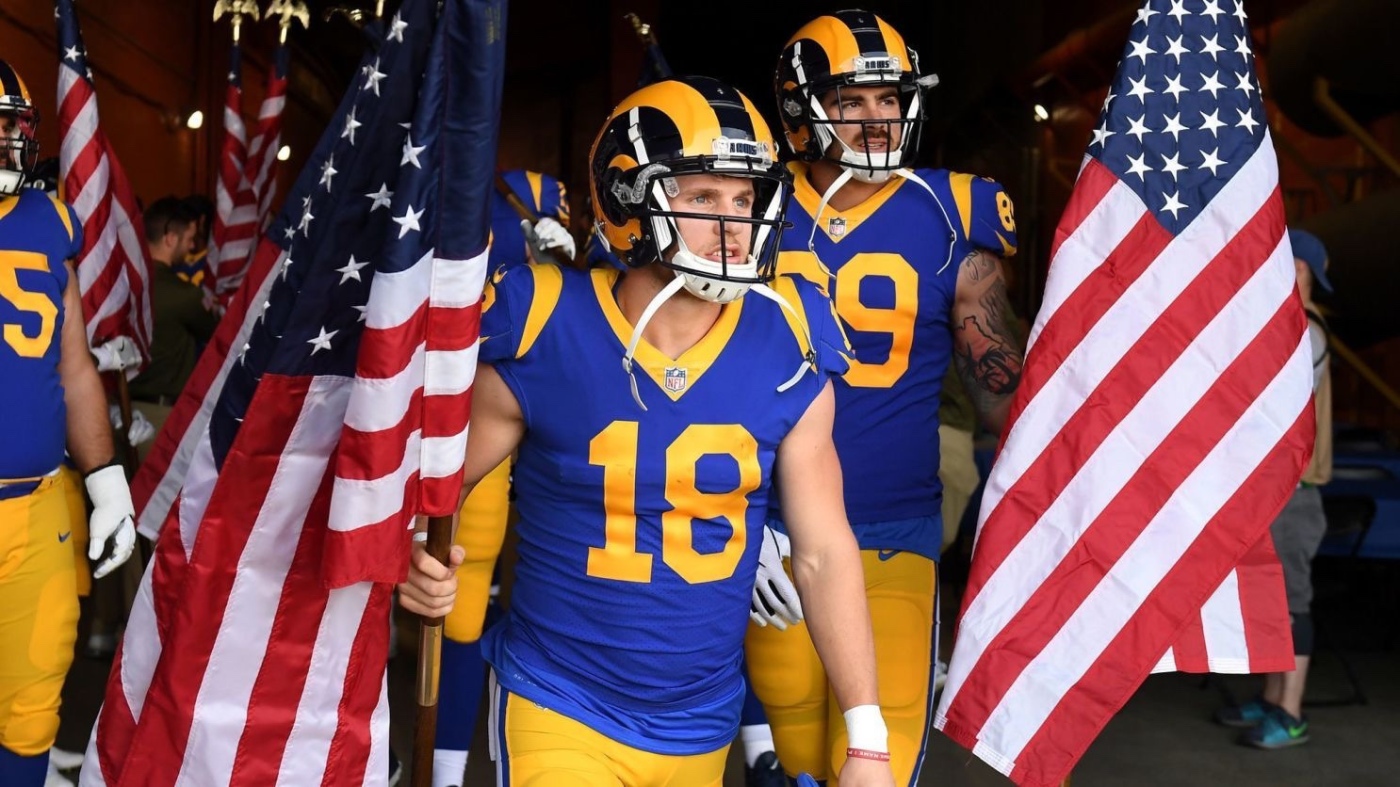 Cash Line up – 82.26 points, Awful week for my cash game lineup. At least my lock came through but I thought Derrick Henry was in a smash spot and he only ended up with 8.4 points. That Jags/Titans game turned out to be an intense shootout. Davante Adams and Parris Campbell both left their games with injuries and did not produce anything close to double-digit fantasy points. Chris Herndon is definitely a lie.

Tournament Line up – 132.86 points, I stacked the wrong game. The Lamar Jackson + Miles Boykin + Mark Andrew only produced a combined 29.26 points. I also brought it back with Will Fuller who had a fat goose egg. Bad times. My tournament lock of Aaron Jones was a smash so I just happened to be 2/2 in my locks but still failed miserably.

On to the next one…

MVP candidate (too soon?) Russell Wilson is showing that he truly is the iron chef of pounding defenses. The Seahawks are not only throwing more on first and second down than they have in the past, but more than league average. Having the most efficient QB in the NFL in your lineup will never be a bad idea, especially when he is now throwing more than most other QBs in the league. The highest implied point total on the week is just the icing on the cake.

**CASH GAME LOCK OF THE WEEK**

When a running back obtains workhorse status, it should not go unnoticed. Last week, Sanders saw 20 rushing attempts and 7 targets. I cannot wait to see that action against a Bengals defense that bleeds points to the running back position.

Multiple bellcow backs is always necessary in every cash game lineup. 20+ carries against a poor defense including goaline carries is exaclty what JT will deliver. Not much explaining is necessary with this pick. Do not stop buying the running back with the best RB friendly schedule. Especially when he is this cheap.

Averaging 12.5 targets a game so far in 2020, Hopkins has truly shown up in Arizona in a way that most did not expect. In this matchup against Detroit, expect him to produce above average numbers. With those targets and an average of 9.95 yards per reception, he should definitely reach the 100-yard bonus. Everything you look for in a core cash game receiver.

Lockett seems to be the floor play as opposed to DK Metcalf being the high-upside play. Lockett should see plenty of high percentage targets throughout this game against Dallas. Always look for the consistent floor play.

The Seahawks have been giving up WR1 numbers to each slot receiver they have faced (Russell Gage 23.4 pts week one and Julian Edelman 28.9 pts week two). Lamb has been one of the most-targeted rookies this year and he should gain even more attention from Dak Prescott this week against Seattle.

Hamler saw 7 targets last week and is still the stone minimum price. Finding a cheap play like this can make a cash game lineup. Expect plenty of targets again this week as Denver tries to stay competitive.

The only reason Logan Thomas continues to be so cheap is because of Dwayne Haskins. No TE in the history of DrafKings should ever be below 4k when seeing an average of 8.5 targets a game. I promise you his price will boom after this week when he has a career day against a team that allowed mediocre tight ends to dunk on them last week. Buy before it’s too late.

DEFENSE DOES NOT MATTER but getting some game script correlation with Sanders can help. Rookie QB also sooooo fuck it.

I love attacking low-key games that could blast past the point total. Especially since last week I stacked the highest over under and it did not work out for me. I have definitely done more research for us this week since I absolutely hate losing money, as should you. The Bills are stout against opposing running backs, only giving up about 70 yards per game. They also allowed Ryan Fitzpatrick to have a top-10 day as he put up 27.32 points on them last week. Everything adds up for Goff having a great fantasy day.

The Lions’ defense will still have PTSD from last week when Aaron Jones spanked their asses like a dominant step father. Drake is due. I believe that with his game log so far this year it could hide his true potential this week. The amount of plays that the Cardinals have been running can help the game script for their running backs. Expect him to come out and put up points early and often throughout this game.

Best play this week. I’m definitely a lazy piece of shit but not lazy enough to make him my cash AND tournament lock. Stay tuned.

I really want to attack the Texans’ defense. Early in the week I was thinking about a stack with Ben Roethlisberger. After further research, using a workhorse back like Conner is the smarter decision. This is the same defense that let a rookie RB in his first NFL game go for 138 yards at 5.5 per carry. Another rookie broke off two huge runs against them the week after. All we need to see is the workload and he should deliver.

**TOURNAMENT LOCK OF THE WEEK**

Cooper Kupp has shown that he can score many, many touchdowns. Not only that, but the best way to attack this Bills’ defense is clearly from the slot receiver position. Each slot player against them over the first couple weeks have gone for a combined 15 receptions for 245 yards and 2 touchdowns. Let’s sit back and watch Cooper Kupp add to that monster combination of stats.

When putting this tournament lineup together, looking at the Bills’ offense, Diggs was the most obvious choice. Him being top five in numerous productivity metrics makes it so much easier to add him to my lineup. Much worth the cost.

Back to the well with this guy. He has the air yards and seems to be taking a back seat to Amari Cooper and CeeDee Lamb in the popularity contest. He may be seeing less targets but he runs the most quality routes so when Dak connects with him consistently, it will be magical. I will not miss this breakout game.

Having a low-owned piece of this game could be huge. Every single smart player will want to stack this game and I don’t blame them. My plan is to hopefully have two pieces of this game that are the lowest owned since there should be plenty of fantasy points to go around.

TOURNAMENT STACK OF THE WEEK

Run it back with Stefon Diggs

Be sure to check out the latest episode of the Loaded Box Podcast as we provide our straight up & against the spread picks for each game on the week-three schedule!

One thought on “DraftKings Week 3 Tournament and Cash Game Picks”