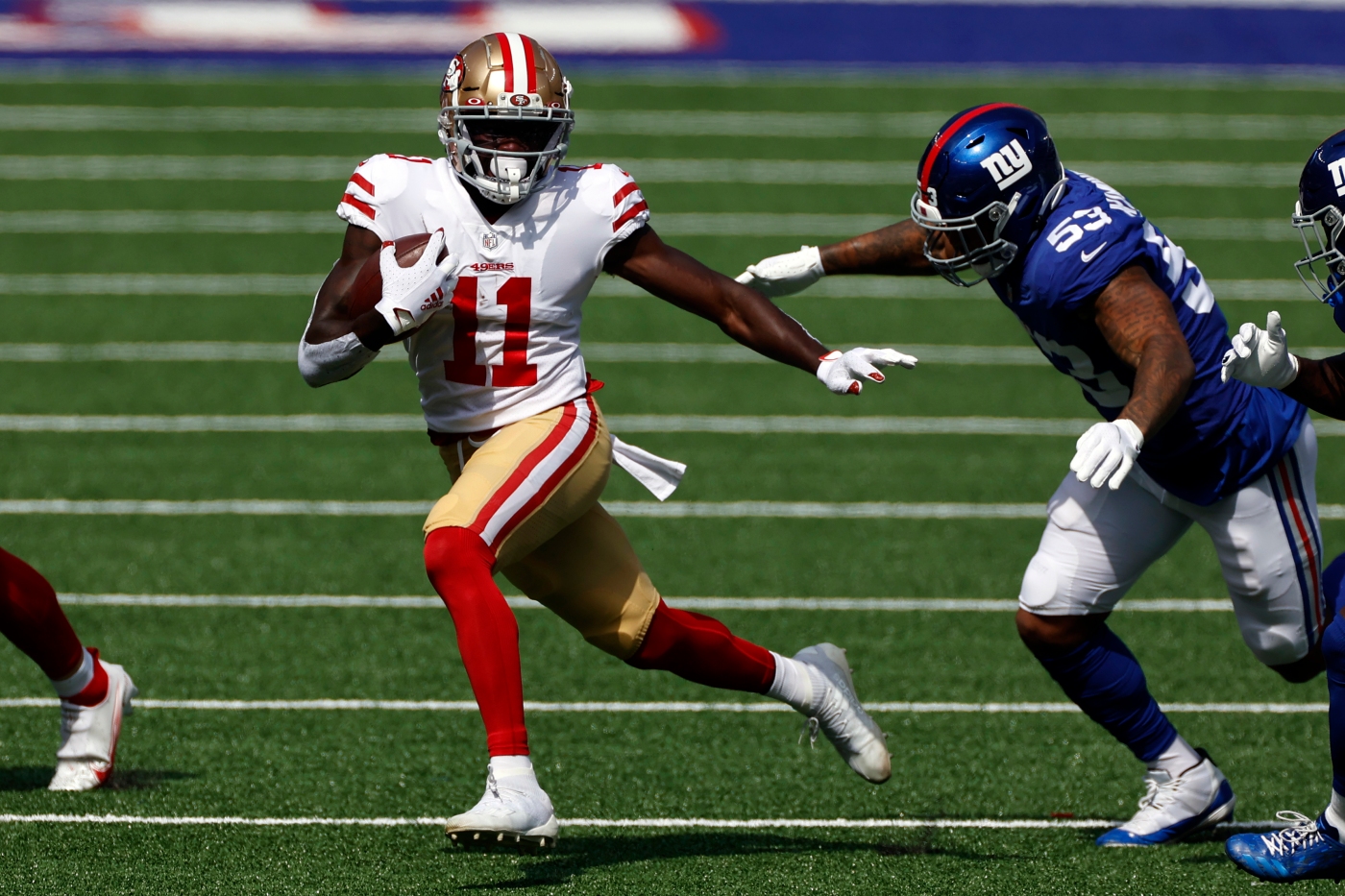 Week 3 was the best week of the fantasy football season as there were no big injuries compared to what we saw over the first two weeks.

This week we had a trio of rookie wide receivers burst onto the scene, and in my opinion, they need to be added for bench depth, but we’ll get to that soon enough.

This week’s waiver-wire adds are based off CBS owner percentages that are 60% and lower.

Kirk Cousins finally broke out in week two as he threw for 251 passing yards and three touchdowns against the Titans in a fun shootout. He’s got Houston, Seattle and Atlanta over the next three weeks, and if you’re a Carson Wentz owner, this might be a good time to swap in Cousins for Wentz.

Sexy Rexy strikes again! It seems like he has this multiple-touchdown game every year and he did it again Sunday with seven receptions and 98 total yards to go along with his three touchdowns. Let’s just remember, though, that James White was out. If White is still out, and you are super duper desperate for a running back, he’s worth the add, but is more likely meant to stay on the waiver wire.

If you’re a Todd Gurley owner, you may want to add him as a depth piece. Hill had 81 total yards and a touchdown Sunday and had just a hand full less attempts than Gurley. He’s a great depth add, and if anything happens to Gurley, Hill would be an immediate RB2.

Yes this article is meant as 60% and under, so Myles Gaskin is a must-add. Through the first two weeks this backfield was split between Matt Breida, Jordan Howard and Gaskin. That all changed Thursday night as Gaskin carried the ball 22 times to Breida and Howard each getting three touches. Don’t chase Howard and his one-yard touchdowns. Gaskin is your add this week as we all need running backs who get most of the touches on their respective teams.

The rookie out of LSU had a massive breakout with seven catches for 175 yards and a touchdown against the Tennessee Titans. He also led the Vikings with nine targets. I hope this is the beginning of something good as the Vikings need to find their Stefon Diggs replacement.

We should have been taking Kyle Shanahan more seriously when he said he was going to get Brandon Aiyuk more involved as that’s exactly what happened. He led the 49ers with five receptions for 70 yards with an additional 31 yards and a touchdown on the ground. If you got hit with the injury bug at wide receiver, or you have players like TY Hilton or AJ Green who aren’t producing, it might not be bad to plug in Aiyuk as he gets Philadelphia and Miami’s poor pass defenses next.

The rapport we heard during the NFL draft came to fruition. Tee Higgins had chemistry with Joe Burrow at the combine and the Bengals saw it. Here we are about to enter Week 4, and Higgins/Burrow have built on that rapport and turned it into five receptions (9 targets) for 40 yards and two touchdowns last week in the 23-23 tie with the Philadelphia Eagles.

With Henry Ruggs being out for this game, Renfrow glowed like he did back in the 2019 season with six receptions and 84 receiving yards. Coach Jon Gruden is “concerned” about the injuries to Ruggs and Bryan Edwards. If these two are still out, Renfrow could be a *break in case of emergency* flex play.

With a 59% jump from last week, Schultz should be at the top of your adds if you are in need of a tight end. He had four receptions for 48 yards last week against Seattle, and while it may be hard to rely on him as a weekly starter, have you seen the “top 12” tight ends this week? Yeah, they were either old has-beens or guys you have never heard of. In a high-octane pass offense like Dallas, I want any starting piece of it I can get.

Old brick hands had a good game thanks to the touchdown. Since the beginning of the season, Ebron’s targets have gone up and this week he found pay dirt. With it looking like wide receiver Diontae Johnson will be doubtful for week 4 with a concussion, Ebron could see himself as a low-end TE1.

Just when we all thought Jack Doyle was the TE to own, it was once again an ex-college basketball player, converted to tight end, in Mo Alie-Cox. Just like the old days when Antonio Gates was catching passes from Philip Rivers, it’s now Rivers to Alie-Cox as he posted three receptions for 50 yards and a touchdown last week against the Jets. Alie-Cox has been targeted 11 times this season and has caught all but one. He will be hard to start, but at this point in time, he’s a solid TE2.

The once elite, has-been tight end is once again making a name for himself at the age of 33 going 6/60/2 in a comeback victory over the Atlanta Falcons. Some might run out to get him, but was he more of a product of game-script, or just Nick Foles‘ safety outlet? He’s got the Colts and Buccaneers coming up so I would proceed with caution.