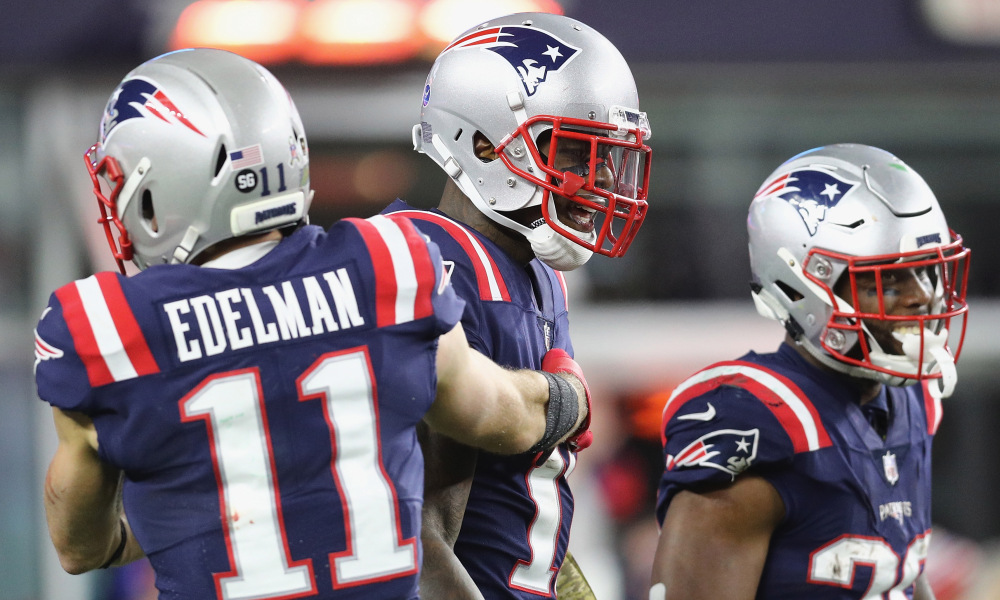 The Week 2 Sunday Sidepiece article didn’t produce quite as well as the opening weekend’s version, but if you’re gonna mess around with a few sleepers each week, you’re going to have to get used to consequences every once in a while.

And since we know you’re a degenerate, and you want to maximize your scores in the fantasy game, we’re back to provide you some top sleeper options for Week 3 of the 2019 NFL season.

Remember, you’ve gotta rely on your main chick (aka regular fantasy starters/studs) to carry you each week, but every once in a while you’ve gotta experiment with the sidepiece (aka sleeper options on your fantasy roster) to help get you over the top and earn another notch in the belt win column.

James Washington is pairing back up with his quarterback from college as Mason Rudolph takes over for an injured Ben Roethlisberger. And while I don’t believe this reason alone is enough to make him fantasy relevant, I do believe that Rudolph will look for a familiar face in his first NFL start, leading to starter-worthy numbers for Washington this Sunday.

Week 3 will be a good indicator as to what we can expect from fantasy-relevant Steelers’ players for the next couple of weeks, so pay close attention to this game if you’re a JuJu Smith-Schuster, Washington, or James Conner owner.

Ain’t no fun unless the homies get some, right?

The Patriots have scored 76 points through the first two weeks, and Julian Edelman has accounted for zero of them. And while he is tied for the team lead in receiving yards, he’s the one (regular) pass catcher for the Patriots that hasn’t found the endzone yet.

This week against the Jets is Edelman’s time. You may even be in a situation where you can’t afford to sit Edelman, but if you aren’t, and he’s one of the options you’re considering at the wide receiver position this week, go ahead and give him the green light.

Sure, Josh Gordon and the running backs will get their’s, but with New England as a 20+ point favorite over the Jets, there will be plenty to go around. Edelman has sidepieces, it’s time for him to become yours.

This feels like cheating for multiple reasons. First, David Montgomery and the Bears play on Monday night, so it already goes against the title. And second, there are likely several of you that don’t have the luxury of sitting Montgomery due to where you selected him in your draft.

However, I’ve seen several lineups this week that either have Montgomery on the bench, or at the very least being considered in a start/sit debate, so I’m making the executive decision and including him as a Week 3 sidepiece.

After a slow Week 1 against Green Bay, Montgomery bounced back last week against the Broncos posting 19 touches for 68 yards and his first NFL touchdown. While his yards per carry were nothing special, it was nice to see Matt Nagy turn the workload over to him in just his second career game.

I think this trend continues this week against the Redskins as the Bears will lean heavily on the run game with the struggles Mitchell Trubisky and the pass game are having.

Don’t let this sidepiece’s performance from Week 1 steer you away, sometimes a little in-game experience is all a player needs.

Get the rest of your fantasy fix before kickoff – check out the latest episodes of the Loaded Box Podcast as we talk daily fantasy bargains, stacks and advice in our NFL Week 3 Fantasy Football Preview, and hear our picks both straight up and against the spread for each game on this weekend’s slate in our Gambling Preview!