In this series of articles I will highlight one player on every NFL team that you should target in your fantasy draft, and one player from every team you should definitely avoid.  As always, the decision on these picks is based on how I feel about the player in relation to their current average draft position.

Part four of this eight-part series will showcase players in the NFC West – so sit back, relax and get ready to adjust your fantasy rankings accordingly.

Currently being selected as the first pick in the ninth round, Kupp may be one of this season’s biggest sleepers.  Coming off a solid 62-869-5 rookie campaign, Kupp is likely to see an increase in all of these statistics in year two with quarterback Jared Goff and head coach Sean McVay.  Drafting him as a backup WR in the ninth round, you should have no problem receiving quality return on your investment from a player who may creep into your thoughts as a WR2/Flex option on Sundays.

I actually don’t mind Cooks on my fantasy team this year, but if there’s a player in the Rams’ offense that makes me even a little nervous at his current ADP, it would be Cooks.  He’s put up solid numbers throughout his career, but we have to remember that was with Tom Brady and Drew Brees.  While Goff made nice strides last season, it was still only one year of production, so I’d like to see him do it again this year before selecting the team’s brand new wide receiver in the fourth round.

Here’s an unsexy pick for you.  Currently going as the ninth pick in the 11th round, Kittle is a solid tight end to target if you don’t end up with one of the top-five-or-so guys at the position.  Coming off a quiet rookie season where he recorded 43 receptions for 515 yards and two touchdowns, Kittle ended the 2017 season with three straight games over 40 receiving yards including a touchdown in week 16 and a four-catch, 100-yard performance in week 17.  His 11.08 draft position will allow you to be one of the last people in your league to grab a tight end, giving you an advantage over most everyone in the amount of impactful running backs and wide receivers on your roster.

When McKinnon signed in San Francisco I was immediately drawn to the idea of him being a solid producer in fantasy football with head coach Kyle Shanahan.  The former Atlanta Falcons’ play caller made two RB’s relevant in fantasy football just two years ago, and has the opportunity to work with a running back in McKinnon who we think can get the job done on the ground, but may be even better working as a pass-catching RB, which has very nice benefits in leagues that reward points for receptions.  However, his current average draft position of 3.06 as the 18th running back off the board is still a little too high for me.  His ADP is slowly becoming more realistic as just a couple of weeks ago he hovered around the RB12-14 range, so I’m warming up to him a little, but there’s too many question marks surrounding McKinnon and his ability to produce enough as a between-the-tackles running back for me to warrant using a mid third-round selection on him.

Please use the fact that people are going to be a little lower on Baldwin this year due to him missing preseason to your advantage.  His ADP hasn’t slipped too much, as he’s still going 3.09 as the 13th wide receiver taken, but Baldwin should once again find himself as a low-end WR1 by season’s end as the primary target of Russell Wilson, who’s currently being picked as the fourth quarterback off the board in fantasy drafts.

I chalk Penny’s 6.06 ADP up to the “shiny new toy” theory.  In the event you don’t know what I mean by this, I’m trying to say that I believe Penny is being taken this early in drafts because of the fact that the Seahawks used a first-round pick on him, and by just looking at the depth chart, you’d think he’d be in line for a huge workload.  Fantasy owners need to know that while Chris Carson may not be the future at the position for the team, he’s more game ready at this point than Penny and seems more likely to live up to his sixth-round ADP than the rookie.  Penny is more talented and will have solid weeks already in 2018, but his production won’t come nearly consistent enough and he’ll leave you wanting more production more often than not. 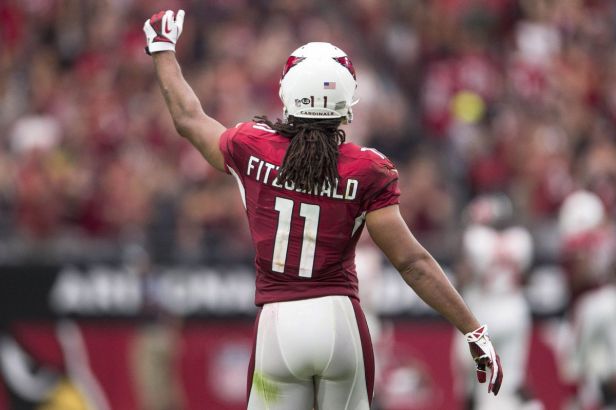 Fitzgerald and Sam Bradford.  We should have known these two fossils would one day find each other.  I’ve thought it’s been Fitzgerald’s last season for about half a decade now, but the man the ladies – and some of you fellas – say has the most formed butt in the NFL continues to find a way to get it done.  As the 10th pick in the fourth round, the 17th receiver off the board, Fitzgerald and his consistent week-to-week scores should once again find himself among the WR2’s by season’s end.

Player to Avoid: None

Are the Arizona Cardinals going to be one of the best teams in the NFL in 2018?  Absolutely not.  But take a look at the list of their players worthy of being drafted and try to argue with any of their current average draft positions.

Sam Bradford – No current ADP as he doesn’t qualify.  Not a terrible option if you had to stream a QB

David Johnson – 1.04 ADP; look back at his numbers from two years ago – he’s worth of this pick

Christian Kirk – 14.06 ADP; any ROI you receive in the 14th round is a bonus, plus he has a chance of being the team’s No. 2 option at wide receiver

Ricky Seals-Jones – No current ADP as he doesn’t qualify.  I personally wouldn’t mind having Seals-Jones as a backup tight end or using him as a streaming tight end if you don’t want to carry two TE’s.