In this series of articles I will highlight one player on every NFL team that you should target in your fantasy draft, and one player from every team you should definitely avoid.  As always, the decision on these picks is based on how I feel about the player in relation to their current average draft position.

Part three of this eight-part series will showcase players in the AFC West – so sit back, relax and get ready to adjust your fantasy rankings accordingly.

Watkins seemed to be the forgotten man last year in a high-flying Los Angeles Rams’ offense.  While Todd Gurley, Robert Woods and Cooper Kupp put up consistent fantasy numbers, it was hard to rely on Watkins as a starter in your fantasy lineup.  With a change of scenery and a hefty new contract, Watkins is likely to see his targets increase resulting in a nice boost in fantasy production.  There’s never been a doubt about Watkins’ natural ability, it’s always been injuries and opportunities that have slowed him down. Look for Watkins to provide solid return on investment going as the first pick in the seventh round.

While my attitude towards Hill as an actual NFL receiver rather than a gimmick player has changed, I don’t believe it’s possible that he’ll leave you satisfied this season if you take him as the ninth pick in the third round.  Taking Hill at his current ADP means you believe he’ll finish as a WR1 and that he can be your team’s top wide receiver. I’m here to tell you that while Hill will have some boom weeks due to being one of the best deep threats in the league, he will not be consistent enough on a weekly basis to warrant this high of a selection. 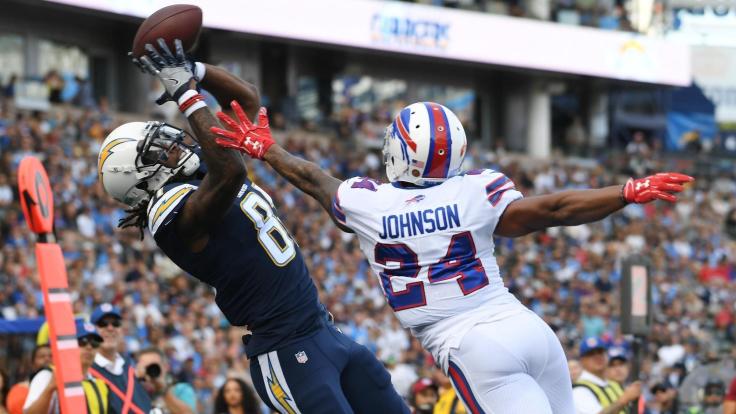 There’s no doubt that the loss of Hunter Henry will open up some additional redzone targets for the big-bodied Williams.  A healthy offseason and some actual in-game experience with Philip Rivers will also benefit the second-year wideout who missed much of his rookie season.  While Tyrell Williams has been a solid option for the Chargers on the outside, you’re going to see the Chargers give Mike Williams plenty of opportunities to become the No. 2 receiver opposite Keenan Allen in 2018.  Target Williams at his current 9.12 ADP as he has solid sleeper potential to eventually find his way into your starting lineup.

Player to Avoid: None

There is not a single member of the Los Angeles Chargers that I can honestly tell you to avoid at their current average draft position.  Hell, I even loved where Henry was going prior to his season-ending injury. I think the Chargers are going to be a very sold team in 2018, and if they can avoid any additional long-term injuries, the likes of Rivers, Melvin Gordon, Allen, Tyrell Williams and Mike Williams should all provide great return on investment at their current ADP’s.

As a believer in waiting to select your quarterback, I believe Carr is the perfect guy to target as the second pick in the 12th round.  Even if you select a QB earlier than this, Carr provides value as a solid backup quarterback that you can rely on in the event of a bye week or injury.  The Raiders’ offense struggled to find an identity in 2017, but I expect a big step forward this year with Carr and Amari Cooper being the primary beneficiaries.  One of my bold predictions for 2018 is that Cooper will finish as a WR1, and if that prediction turns true, Carr will clearly see a nice bump in where he finishes as well. 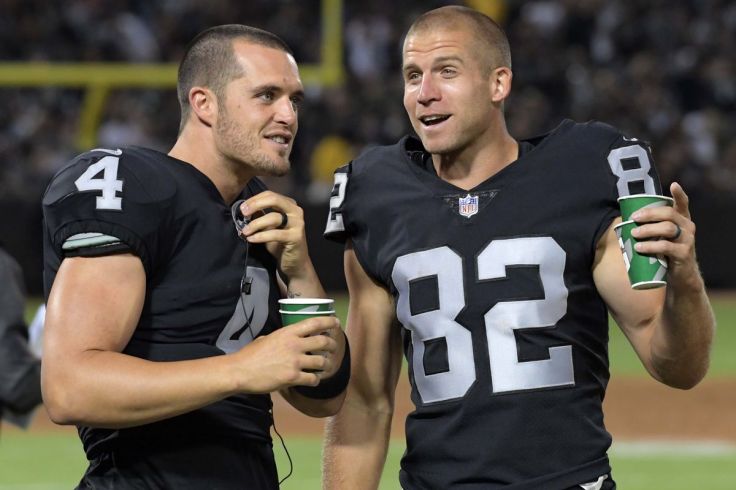 It’s not like selecting Nelson as the seventh pick in the seventh round is that big of a risk, I just feel that there are several receivers with a similar ADP that you’ll find more success with.  Nelson looked to have clearly lost a step after his knee injury with the Packers, and as a player that relied on his deceptive speed and route running to succeed, I don’t see him finding much success playing with a quarterback not named Aaron Rodgers.  Go with receivers such as Emmanuel Sanders, Robby Anderson or Randall Cobb who are all going later than Nelson currently in fantasy drafts. 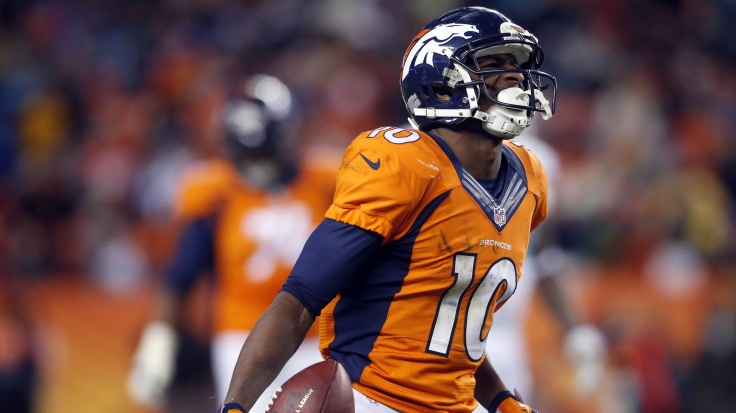 Speaking of Sanders, here’s a guy that I’m much higher on than most.  Currently sitting with a 7.12 ADP as the 34th-ranked receiver, I have Sanders slated for a bounce-back season as my WR26.  We saw Case Keenum support two receivers last year in Minnesota, and I believe he’ll do the same this year in Denver with Sanders and Demaryius Thomas.  Sanders is in a nice position to finish as a WR2 this year, and even if he isn’t able to find his way into this tier of receivers, it’s not like you’re using a high-round draft pick for this selection.  Take a chance on Sanders as a 2018 bounce-back candidate.

Reports indicate that Freeman is trending towards a starting role to begin the season and that the Broncos’ offensive line looks like one of the team’s most improved units.  However, I’m going to let someone else select Denver’s rookie running back in 2018. Currently going as the first pick in the fourth round, I don’t personally believe enough in Denver’s running game with a rookie running back to have to rely on him as an every-week starter.  I wasn’t a huge fan of Freeman coming out of Oregon, so there may be some bias here, but I just don’t see Freeman finding enough success his rookie season to warrant this high of a draft selection. I’d much rather select Kenyan Drake, Mark Ingram or Tevin Coleman who are all currently going later than Freeman.

Be sure to check out the latest episode of the Loaded Box Podcast as the guys discuss which WR’s ranked 13-24 they’re targeting/avoiding this fantasy season!