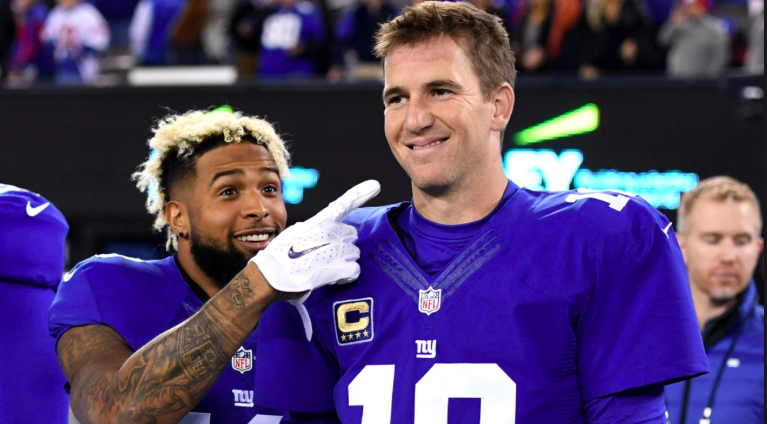 To say the New York Giants underperformed in 2017 would be too kind. A season that started with high hopes ended up being an incredibly ugly and forgettable one, for both Giants’ fans and fantasy owners, marred by injuries and controversy. Big Blue finished the year 3-13 and, outside of those with Evan Engram, fantasy owners were left disappointed.

For as bad as their regular season was, the Giants had the opposite of an offseason.

Add those new faces to the existing talent this team has, and you’re looking at one of the more intriguing teams in the league heading into the 2018 season, both in real football as well as fantasy, and the latter is what we’ll be taking a look at.

We’ll get the easy one out of the way first. OBJ is really, really good at football. Not much more to say here. If he’s healthy, he’s producing.

In the four games he played in last year he averaged 18.5 fantasy points, and that’s with the fourth game being cut short. At full health he’s obviously a player worth owning with any offensive situation, and the improved Giants offense makes that situation a whole lot better.

(PS – get signed up to win a signed OBJ mini helmet!)

Despite dealing with a migraine issue for most of the season, Shepard still put up solid numbers in 11 games in 2017, hauling in 59 catches for 731 yards and two touchdowns. His season was highlighted by three monster games: week 3 in Philadelphia (7 catches, 133 yards, 1 touchdown), week 10 in San Francisco (11 catches, 142 yards), and week 15 again against the Eagles (11 catches, 139 yards, 1 touchdown).

Heading into year three, Shepard has established himself as this Giants clear WR2.

Of course Beckham will be getting the heavier share of targets, but Shurmur proved last year that he could spread the love to two talented wideouts in Adam Thielen and Stefon Diggs.

Thielen was fifth in the league with 1,276 receiving yards in 2017, and Diggs’ total of 849 yards would have also eclipsed 1,000 had it not been for a groin injury forcing him to miss time early in the year.

Those numbers also came with Case Keenum at quarterback, who was in his first year with the Vikings. Shepard has had two years to build good rapport with Eli Manning, so I’m expecting a pretty big breakout year from him in 2018.

Shepard is definitely a guy worth taking early in the middle rounds, maybe even earlier, as we may have another Thielen/Diggs situation with him and Beckham this year.

The rookie tight end caught 64 passes for 722 yards and six touchdowns en route to finishing the year as TE5.

He’s big, he’s talented, and he did most of his damage while also being literally the only offensive player the opposing defense had to worry about.

Now, not only will defenses not be able to focus entirely on Engram, but he’s with a head coach in Shurmur who showed Kyle Rudolph a looooooot of love in Minnesota (213 targets, 20 touchdowns) over the past two years, and an offensive coordinator in Shula who helped Greg Olsen surpass 1,000 yards over his previous three full seasons.

He’s not in the Gronk/Kelce/Ertz category just yet, but after those guys go in the draft, I’d make Engram the next tight end taken.

The silver lining of the Giants horrendous 2017 season was that they now have a freak of a running back in Barkley and, as a team that hasn’t had a 1,000 yard rusher since 2012, boy did they need it.

Simply put, this kid can do it all. 1,271 rushing yards on 5.9 yards per carry with 18 touchdowns as a junior, while adding 54 catches for 632 yards and three receiving touchdowns all in just 13 games. Oh, he also had two kick return touchdowns as well.

In three years as a Nittany Lion, Barkley totaled 5,038 yards from scrimmage in 38 games. Thats 132.5 yards per game. That’s really quite good.

In addition to having an obscene amount of talent, at 5’11 230 pounds Barkley is basically a cement truck with legs, so he’ll be able to handle the heavy workload most likely coming his way.

Barkley will also be running behind a revamped offensive line, which was a major issue for the Giants last year.

In free agency the Giants signed former Patriots left tackle Nate Solder, and in the draft used the 34th pick to take right guard Will Hernandez, a guy who many saw as a first-round pick.

Even better for Barkley is that defenses will have a pretty hard time stacking the box against a team that has Beckham, Shepard, and Engram.

For fantasy running backs, the name of the game is volume and Barkley will get plenty of it this year. I understand it may be nerve-racking to take a rookie so early, but he’s worth a late first/early second (depends on league size) round pick.

Now, with all of that being said, there is one man who controls the fate of this team in 2018 for both actual football and fantasy football purposes. One man who has the pieces around him, but it is up to him to be the glue that holds them all together and turn them into a well-oiled machine: 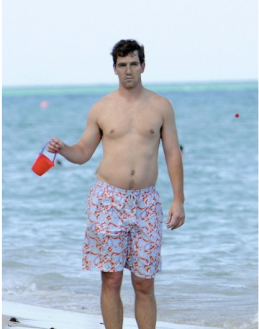 I legitimately felt bad for Eli Manning last year. Playing behind a bad offensive line with just one real offensive weapon, no running back to constantly hand the ball off to and let him get beat up, playing on a team that was crumbling more and more as the weeks went on and, oh yeah, he got benched for Geno Smith.

This year should (and good god for his sake I hope) be better for Eli. Should they all stay healthy he’ll have weapons to use all over the field. He’ll be behind a much improved offensive line, and he’ll be playing for a head coach that commands more respect than Ben McAdoo.

Sure there are concerns. Manning is now 37 and his body has taken quite the beating, but with the better offensive line and Barkley now in the backfield, he’ll be able to avoid some of that punishment.

The turnovers are and always have been an issue, but I think Eli’s still got some left in the tank. Just surviving last year is enough of an accomplishment, and I’m sure he’s found a lot of new energy being around all the new faces in 2018.

He won’t all of a sudden be a top-five or 10 fantasy QB this year, but he’ll certainly be good enough to help Beckham, Shepard, Engram and Barkley all have big-time seasons and to sneak in the QB15 range this year.

In terms of where to draft him, it’ll be the “who do I have and who’s available?” approach. Based on last year’s numbers and the other QB’s available I don’t see Eli going until much later on in drafts, but if the pick makes sense, he could end up providing a lot of value as a late-round pick.

It was a horrid 2017, but should they all stay healthy this team has the potential for a Giant (tee hee) bounce-back year, and as a fantasy owner, Beckham, Shepard, Engram and Manning would all be guys I’d like to have on my team.

Be sure to check out the latest episode of the Loaded Box Podcast as the guys breakdown which WRs ranked 13-24 they are targeting/avoiding this fantasy draft season!