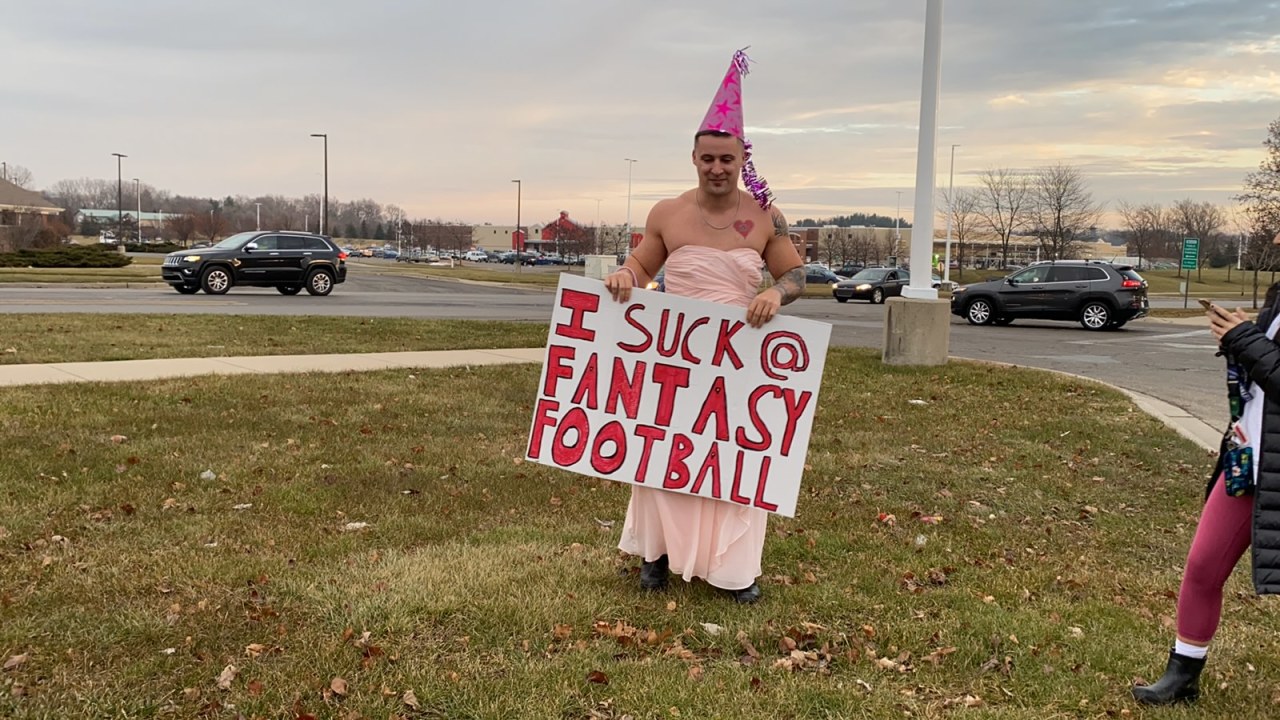 It’s Saturday (at least I’m writing this on a Saturday), I’m casually knocking back a few beers, and I’m thinking about the 2020 fantasy football season… already.

The majority of the leagues I partake in are great. We have live drafts, we talk shit to each other during the season, the winner gets a nice amount of cash at the end of the year; but the alcohol I’ve consumed today has made me think about other leagues that may not be quite as fortunate.

If what I described resonates with you, or if you find yourself in a similar situation where you feel changes to your fantasy league may be necessary, well I’ve had just enough Busch Light to help steer you in the right direction.

Implement however many of these ideas you find necessary to bring excitement back to your fantasy league, because at the end of the day, a world without fantasy football is more frightening than Tyreek Hill visiting your child’s daycare.

Do whatever you can to get everyone together for a live draft. Sure, not everyone lives in the same area, and some people have families to deal with, but your yearly fantasy draft is the perfect excuse to disappear from real life for a little while and get together with this group of idiots you’ve assembled. Pack your cooler full of beer and ice, assemble all of your player rankings (which you can conveniently find at loadedboxpodcast.com come fantasy season), and strap in for a night of drafting and drinking. You’re going to have to return to real life the next day, which is going to be a rough one given the hangover you’ve earned, but as time goes on and traditions are made, your yearly fantasy draft is going to be a top moment of each year.

This may be a little more challenging based on how spread out your league members are, but try to get together for Monday night football either weekly, bi-weekly, monthly, whatever fits into your schedules. Make some great food that’s super shitty for you, have a few beers, maybe get a poker game going, but try to get as many people from your league at the same location for when the fantasy week comes to an end. It seems like each week has fantasy matchups that come down to an 11-yard catch with :30 seconds left to go in the Monday night game, so why not be right next to your opponent as Cameron Brate just barely tops six fantasy points and you steal that much needed victory.

Side note: if several people in your league are married and/or have kids, rotate this around to different houses each week. We don’t need Becky all pissed off each Tuesday because your boy Eric can’t hold his liquor and keeps feeding the dog nachos.

My favorite component to fantasy football that I wish we did in more of the leagues I’m in – the last-place punishment. You can Google search tons of great ideas for this type of punishment, but here are a few of my personal favorites:

I’ve been in leagues in the past where once I’m knocked out, I don’t even pay attention to what’s happening for the remainder of the league’s playoffs. How do you keep everyone engaged? Have one final party where you watch all of Week 16’s (the week your fantasy league should end) games as the top-two teams in your league square off for the cash prize and bragging rights. Have a buddy with NFL Sunday Ticket? Bang, party is at his house. If not, find a sports bar and get a couple of Ubers lined up for later in the night.

Now it’s time to redraft again, and rather than automatically giving the person who finished in last place the first-overall pick the following year, it’s time to get creative. If you’re in a standard redraft league, last year’s results have nothing to do with the upcoming fantasy season, so get out of the habit of drafting in reverse order of where everyone finished. Decide your draft order based on the results of a beer-chugging contest. Base it on the results of a Madden tournament between you and your league mates. Hell, go with the NFL Draft theme and incorporate a Wonderlic Test and have your draft order based on those results. I’m sure you and your buddies can come up with something creative to determine your draft order, but I’m begging you, please don’t base it off last year’s results!