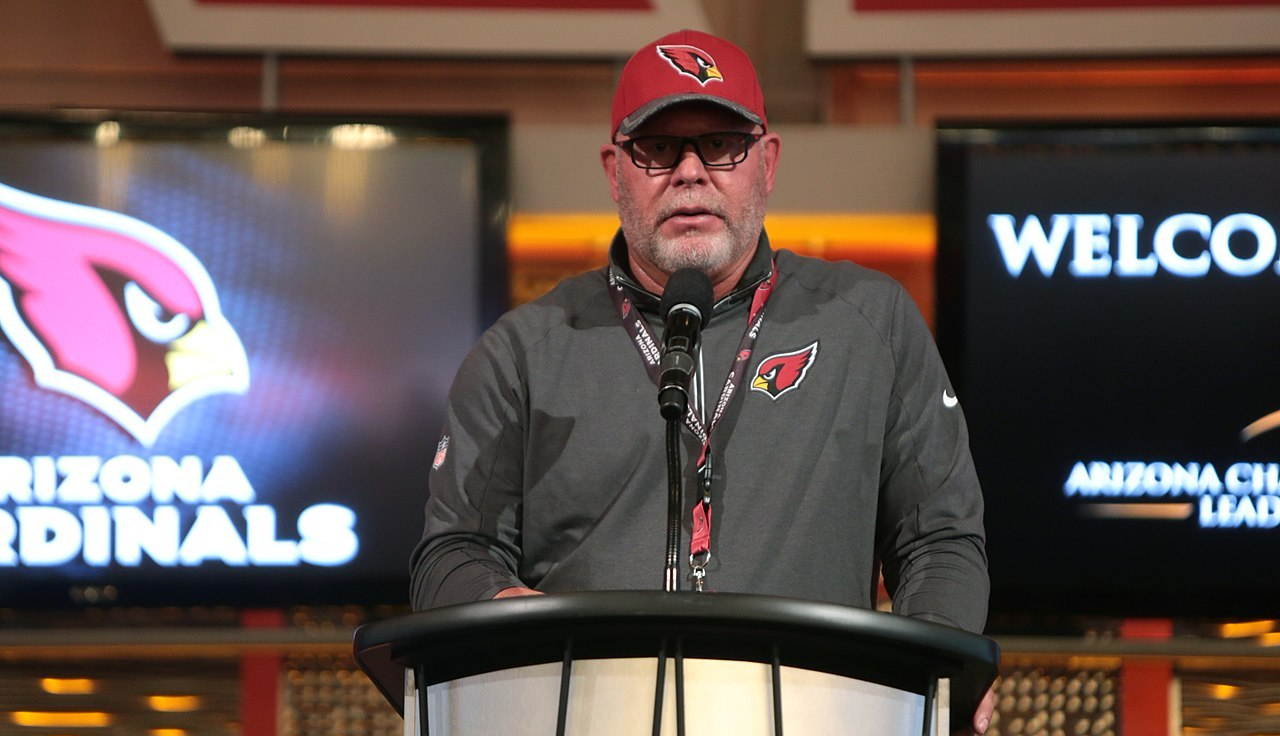 An era is coming to an end. With the news that Jon Gruden will be officially announced as the next head coach of the Oakland Raiders this coming Tuesday, we are about to have one of the few prime time NFL broadcasting seats up for grabs. Given the platform and audience Monday Night Football provides, the opportunities are truly few and far between.

However, replacing Gruden will not be easy if even possible. The man clearly had a way with words and had a persona that made him bigger than the game itself. Heck, most nights, I would tune in to Monday Night Football not to watch the game, but to listen to the commentary that Gruden provided. Whether serious or funny in nature, Gruden made Monday Night Football for ESPN.

Replacing him will be a tall task. While there are no one-for-one fits when it comes to Gruden, here is a list of folks that could potentially find their way into the Monday Night Football booth come next season.

A man of few words, Manning surprisingly has the chops needed to pull off the role of color commentator. Possessing a proven football knowledge that few men in this world could compete with, Manning also has a comedic side that is truly something to behold.

Putting this on display on both Nationwide commercials and during award show appearances, Manning could be the perfect man for the job on Monday nights. However, there is a major hitch.

Since his retirement from the NFL, Manning has remained away from the sport on the news side of things. Coming back to the sport after a few years away with zero broadcasting experience could hurt his chances. However, considering the success that Tony Romo has had at CBS this year, this may be a risk that ESPN is willing to take.

Possessing the broadcasting experience that some big wig executive could desire when looking for Gruden’s replacement, Kurt Warner may be the dark horse pick for this job.

Unlike Gruden though, Warner does strike me as someone without much personality. Calm, cool, and collected when doing the color commentary for Monday Night Football’s Radio broadcasts this season, Warner is also someone that is not afraid to call out and criticize players for mistakes on the field.

As I said though, Warner’s calmness could cost him the chance at this job. Needing a true personality to replace the one leaving the booth, Warner strikes me as someone that would do a great job calling the game but wouldn’t really bring in the fanfare and audience that Gruden commanded.

Fresh off his retirement from coaching, ESPN could choose to replace one head coach with another in the form of Bruce Arians. Never one to shy away from the spotlight nore censor what is on his mind, Bruce Arians has the chops needed to shine as the color commentator for Monday Night Football.

However, while Arians does have the chops needed to succeed at the job, one has to wonder how long he might last at the position. He will not shy away from controversy and will not be afraid to call out players for any reason he deems necessary.

While Arians would provide ESPN with a relatively current mind to help explain the game to viewers, he could easily get the company in hot water with some of his comments, let alone the F-Bomb that might go a flying once he gets caught up in the heat of the moment.

While ESPN has been having trouble lately in terms of viewership and payroll, the company knows that Monday Night Football is and has to be the companies money maker going forward. While the rest of the company may be forced to settle for more layoffs, it would not shock me to see ESPN write CBS a blank check to try and secure the services of Tony Romo.

Quite possibly the best color commentator in all of football this past season, Tony Romo has proven to be both a knowledgeable and charismatic addition to the CBS broadcasting booth. Playing off Jim Nantz, Romo’s has found much success this year for CBS and looks set to be their go-to color commentator for a long time to come.

However, if ESPN is able to pry him away from CBS, Romo would give Monday Night Football the home run hire that it needs. Replacing one personality with another, Romo is the perfect man for the job, the only question that remains is whether or not ESPN can add enough zero’s onto the check.

Coming from inside the ESPN networks, Rex Ryan may be the best plug and play option that the company has. While Ryan has stagnated in his role with Sunday Countdown, the man still possesses one of the best personalities in the business. This alone should bring more than few eyes in on Monday nights.

The move would also make sense from a financial standpoint as it eliminates the need to add to the payroll. Simply moving Ryan over to Monday Night Football, ESPN could easily replace him on Sunday morning’s with another NFL staffer that they have on payroll.

Also possessing a flair for the dramatic, Rex Ryan likely tops the list of potential Jon Gruden replacements for ESPN. That said, one has to wonder how long it will be before Ryan begins to guarantee Super Bowl titles for every team that plays on Monday night.