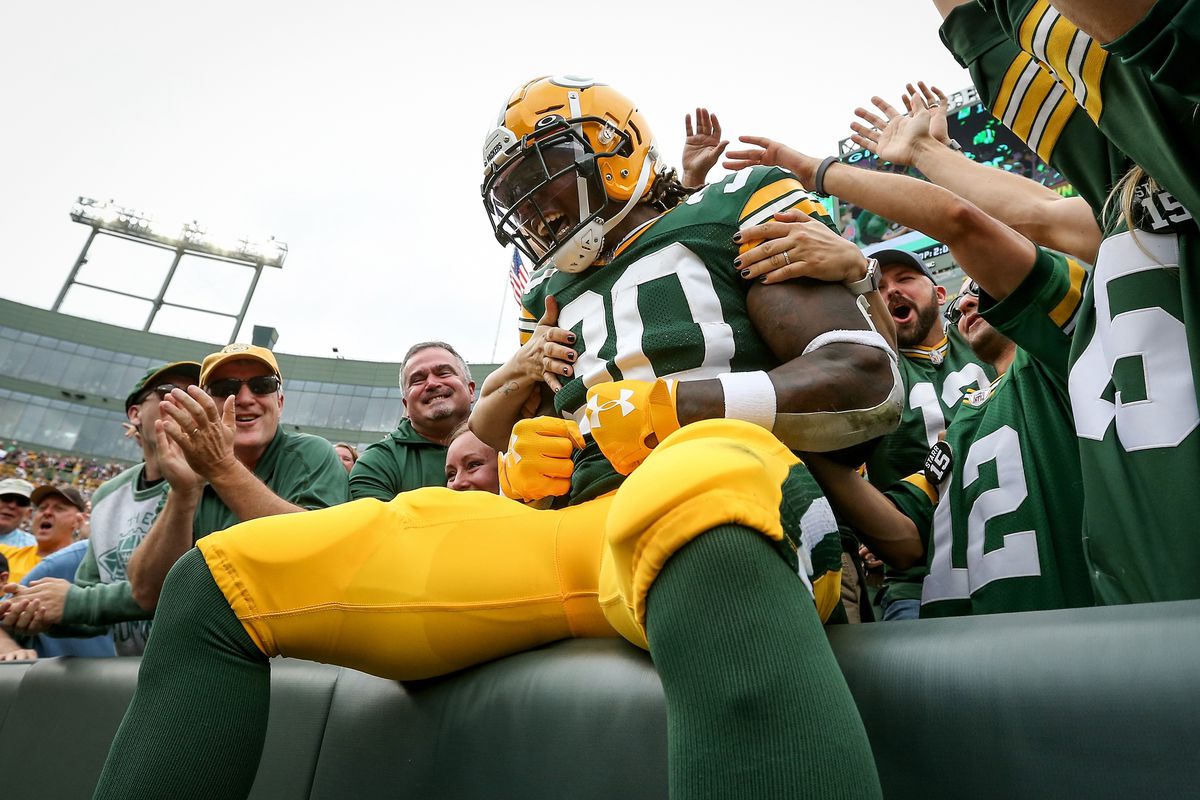 Quick side story before we start talking side pieces.

Due to my chiropractor’s recommendation, I haven’t been able to do my usual workouts, which has freed up a lot of time for drinking. So if these sidepiece picks seem a bit out of the ordinary, there’s my excuse.

But drinking provides confidence, and confidence provides fantasy football results. I’m not sure if that’s true, but we’re going with it.

As we say on each and every podcast episode, let’s get loaded!

Here’s the first alcohol-influenced decision. Outside of Miami, Cincinnati and Washington, is there another team in the league that’s as big of a mess as the Jets? One of the only reasons I’d even consider using a member of the Jets this week in fantasy is the fact that they play one of the three teams I previously mentioned – the Dolphins. Robby Anderson has only been fantasy relevant for one week so far this season – Week 5 against the Cowboys – but the stars have aligned for his second relevant fantasy week to come against Miami. The Dolphins’ top cornerback, Xavien Howard, was placed on IR earlier this week so their secondary is now littered with JAG’s (just another guy). Expect little resistance for Sam Darnold as the Jets cruise to their second win of the year while Anderson breaks 100 yards with at least one touchdown.

Be sure to monitor this one as Phillip Lindsay was slapped with the questionable tag on Wednesday; but if Lindsay is good to go Sunday against the Browns, which he should be after practicing in full on Thursday, find a way to get him into your starting lineup. The Browns have been pretty lackluster against RB’s this season, allowing over 114 rushing yards per game, and the Broncos seem likely to lean on the run game this week due to starting Brandon Allen at quarterback after losing Joe Flacco to injury. Despite not being able to repeat the production from his rookie season, Lindsay has recorded double-digit rushing attempts in all but one game so far this season, and should see plenty of touches Sunday with fellow running back Royce Freeman dealing with a shoulder injury.

Throughout his career, Marvin Jones has been a classic fantasy football boom or bust player. He recorded 16 fantasy points Week 3 and 33 in Week 7, but has failed to top eight points in a single game any other week. Facing the Raiders on Sunday is a great spot for one of these boom weeks as Oakland has given up the fifth-most fantasy points to WR’s this season. Points are expected to come in bunches in this game as Vegas has set the over/under total at 50 points. As a fantasy owner you want to target players playing in games where you anticipate a good amount of points being scored, so plug Jones into that starting lineup if you’re in a situation where he’s a player you’re considering as a WR2 or Flex.

What if I told you Jamaal Williams was averaging 14.8 fantasy points per game since returning from his concussion suffered Week 4 against the Eagles? While you likely don’t want to start Williams in your fantasy lineup, since Aaron Jones has been a dominant RB1 so far this season, I’m here to tell you that there’s enough to go around for the both of them to be fantasy relevant. While his carries have been sporadic this season, Williams has seen 11 targets over his last three games as Aaron Rodgers has been targeting both Jones and Williams more frequently since Davante Adams has been out. I expect this trend to continue, at least to some degree, even when Adams returns; so feel confident plugging Williams into your starting lineup this week against the Chargers.

Have a Sunday Sidepiece that didn’t make the list? Let us know which sleepers you’re rolling with on Twitter or in the comments below!

Be sure to check out this week’s episodes of the Loaded Box Podcast as we help get you set for the week in fantasy with our DFS bargains, stacks, and general advice for Week 9 & give our picks both straight up and against the spread for each game on this week’s slate in our gambling preview!