It’s that time of year again folks. With the NFL Playoffs about to get underway, it’s officially become draft season for 20 of the NFL’s 32 teams. For those teams that missed out on a playoff spot, the time to look towards the future is now. For those currently in the playoffs, that time will be coming sooner rather than later for most.

But without further ado, let’s get to it. With the 2019 NFL Draft now only a matter of months away, it’s time to start taking more in depth looks at college prospects. Getting right to it, here is my own top-five personal ranking list for the quarterback position. 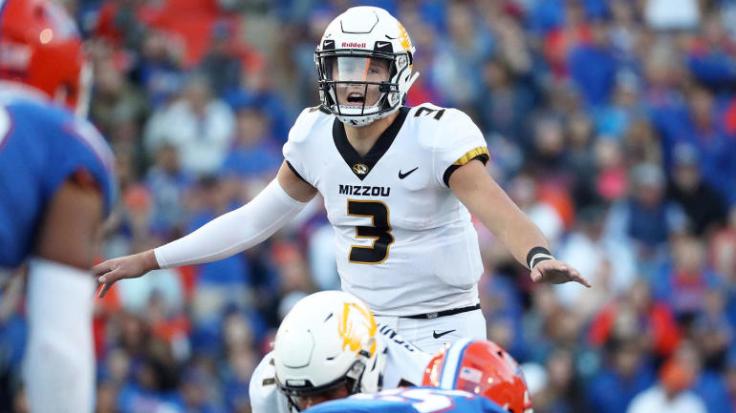 Rising through the ranks despite a rocky campaign at the University of Missouri, Drew Lock just has the look of a starting quarterback in the NFL. Still raw in some areas including his overall mechanics, Lock strikes me as a high floor, higher ceiling guy and one that could quickly step into the role of an NFL starting quarterback.

Much like Josh Rosen last year, look for Lock to fall on many draft boards due to his lack of amazing athletic ability. However, like Rosen, Lock has the quality needed to be a day-one starter should he be called upon. Surround him with some offensive weapons and Lock should develop into a Pro-Bowl quality signal caller. 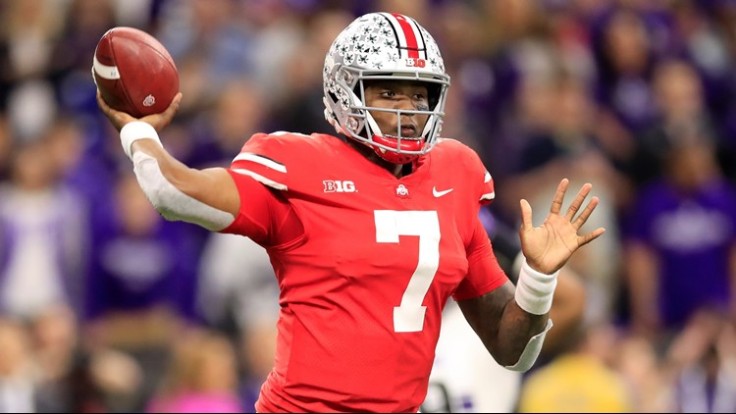 Quickly rising up draft boards this season, Dwayne Haskins has made a name for himself over the last year. Starting 14 games for the Ohio State Buckeyes this season, Haskins managed to lead the team to both a Big Ten and Rose Bowl title. Adding into this is the fact that Haskins basically controlled and dictated the quality of the Ohio State offense.

A truly good player, Haskins possesses the size, athletic ability, power, and accuracy needed to play the quarterback position in today’s evolving NFL. With the gunslinger mentality breaking it’s way into the game, Haskins has the potential to be THE next young up-and-coming quarterback in the NFL.

However, while Haskins has an enormously high ceiling, I am concerned about what could be his low floor. Having only started 14 games in college, Haskins was never asked to truly lead a team. With top playmakers at every offensive position, Haskins benefited from playing with a stacked Ohio State offense. Overall, Haskins is a risky selection that could lead to greatness.

Coached by the same mind that brought the NFL Peyton and Eli Manning, Daniel Jones will benefit from the fact that this is a weak QB draft class. Is he first-round quality? At this time, no. However, what Jones does possess is many of the intangibles that NFL coaches and GM’s look for when selecting a quarterback.

Coachable in most of the areas that he struggles, Jones has the look of a quarterback that can be groomed. Not a day-one starter by any stretch of the imagination, Jones could be a perfect fit for teams like New England and Green Bay as they attempt to ready for the future when both their veteran QBs will no longer be around.

Despite being a bit gun shy following the draft failure that was Luke Falk, Washington State looks to have a much better candidate this year in the form of Gardner Minshew. Transfering to the Pac-12 school following two seasons as a starter for East Carolina, Minshew looks set to be the funnest quarterback option in this years draft class.

Despite having a tendency to get the bunny hops when in the pocket, Minshew is a creator type quarterback. Maintaining his composure despite whatever is going on around him, Minshew possesses an extremely strong arm that puts both distance and velocity on the ball.

As for his negatives, Minshew is a fixable player. Striking me as a similar player to Matt Moore in that he lacks the accuracy needed to succeed long term, Minshew could eventually develop into a solid starting option. However, even if that fails, the Washington State quarterback will certainly have a career as a backup in the NFL.

Possessing some surprising upper-body strength in my opinion, Clayton Thorson may just be the most underrated QB in this draft class. Far off the top-three signal callers in terms of potential and current skill level, Thorson strikes me as a potential best of the rest candidate in this weak draft class.

Struggling in multiple areas which includes his mechanics, Thorson struggles to throw the ball accurately and at times will put throws right on the receiver, negating any RAC for the receiver. Also a concern is the fact that Thorson will make some bad throws over the middle of the field, sending his receivers into extremely dangerous areas.

Robert Molnar is a featured blogger for the Loaded Box Podcast.  Check out his article archive and find more from the Loaded Box on Twitter & Facebook