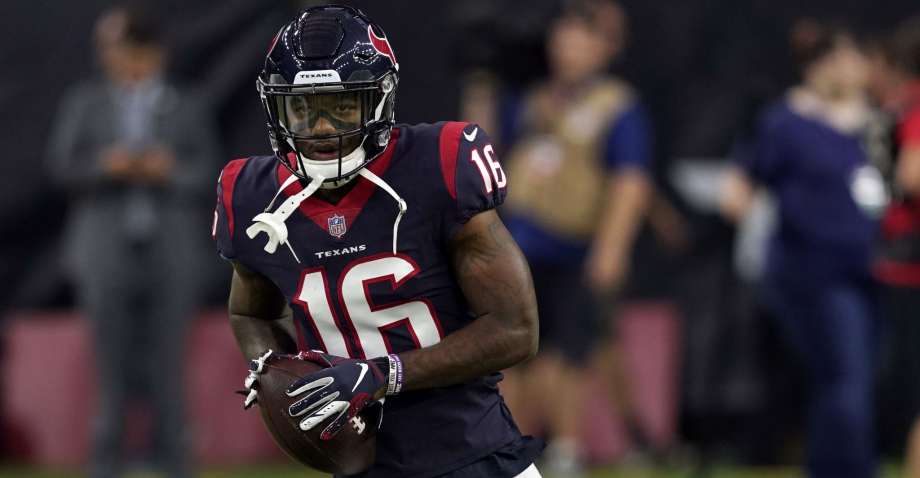 Thanksgiving has a potential shootout, and it’ll happen at night when Atlanta travels to New Orleans. The Saints have looked really good defensively lately, but I can’t imagine this one being a one-sided game, especially with the way Julio Jones has been playing lately. I’m starting up Ryan as a QB with top-3 upside in this one. 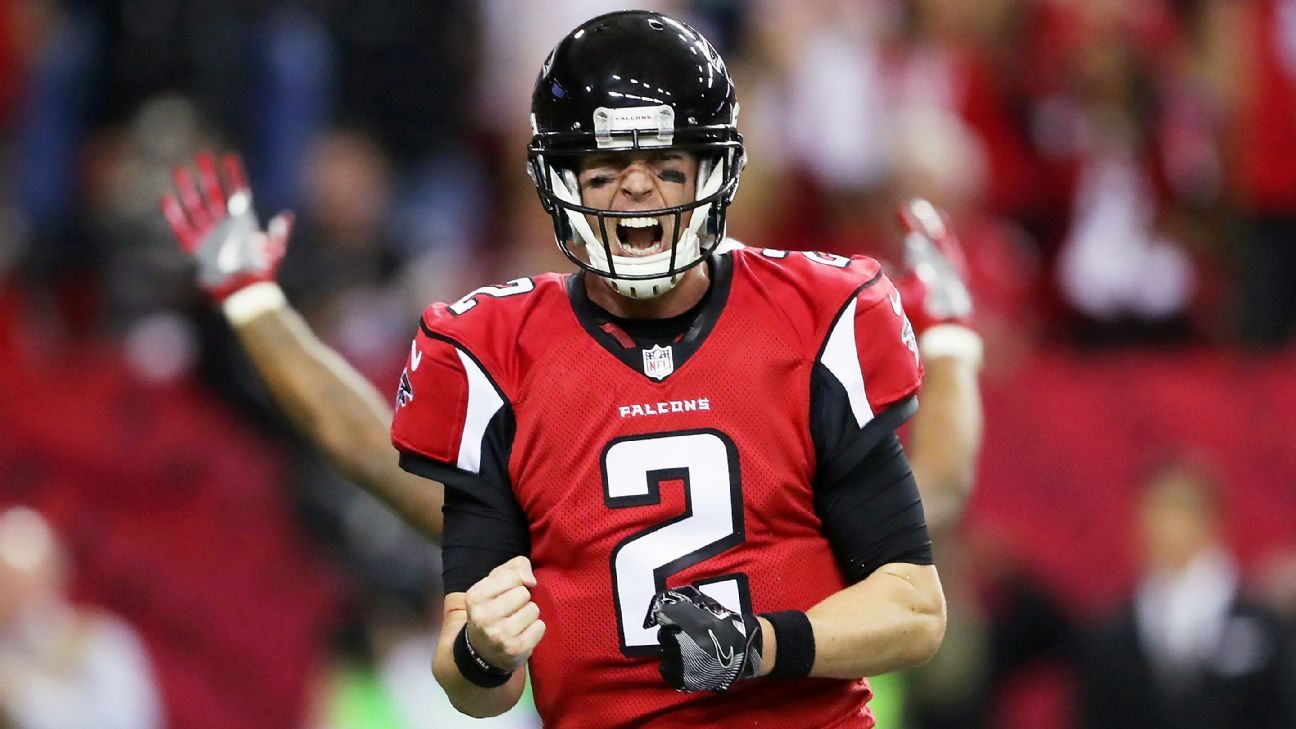 Wentz was abysmal last week against the Saints but could rebound in a big way against the Giants. The Giants’ secondary is a decent one, but they really are no match for Wentz and the birds. Don’t let last week’s performance scare you away, start the man in midnight green.

Luck has been on absolute fire lately and gets another juicy matchup this week against the Dolphins. I’m starting virtually everyone on this offense and would expect Luck to have yet another 20+ fantasy point performance… he has proven to be one of the biggest steals at the QB position this season.

The Packers’ defense has been shaky at best in recent games and should have a very tough time trying to stop Cousins and his dynamic duo of receivers. He’s got less than 29 total points over the last two weeks, but I wouldn’t expect a third stinker in a row. Fire him up with confidence, as he is going to be a top-10 quarterback in Week 12.

The Buccaneers draw a matchup against the 49ers, a team that has been (mostly) successful on the defensive side of the ball in their past four or five games. However, I am officially on the “Sit any Buc not named Mike Evans train”. My reason? No matter which quarterback plays, they always have the danger of being replaced after four or five bad passes. There’s no doubt in my mind that both of these guys know how to ball out, but they are extremely inconsistent and are both on very short leashes. So stop being surprised when your Bucs’ QB gets pulled after the second quarter every other week… I know that Pittsburgh is an enticing opponent, especially if you have Patrick Mahomes or Jared Goff on a BYE, but this is one I think you stray away from. Denver has become a run-first offense, and although I picture them playing catch up in this one, I wouldn’t expect anything special from this quarterback. Outside of Emmanuel Sanders, the guy doesn’t really have any consistent receivers, so I’m taking the high road on Keenum and trying my luck somewhere else.

Dak has looked like a viable fantasy quarterback over the past month or so, but will have some tough sledding against the Redskins on Thanksgiving day. I imagine this one being a pretty low scoring game, seeing that the Redskins’ defense is good and their offense is… well, led by Colt McCoy. This is not a game with a whole lot of fantasy appeal, and unless you have Ezekiel Elliott, you can probably avoid all of the players in this one. (Feel free to start either of the defenses though)

Bortles is a garbage-time machine, but there will be no garbage time in this one. This one is going to be a completely defensive battle, and anyone not named Leonard Fournette should not be in your fantasy lineup from this game… unless, much like the last one, you have one of the defenses.

Miami gets slaughtered by running backs, and that’s exactly who Mack will be attacking in Week 12. I know he has cooled off significantly since his BYE week, but this could be the game that snaps him back into form. He had just under 14 points in Week 11, and that was considered to be an “off” day for him. He’s got a pretty safe floor, but his ceiling is sky-high in this one. 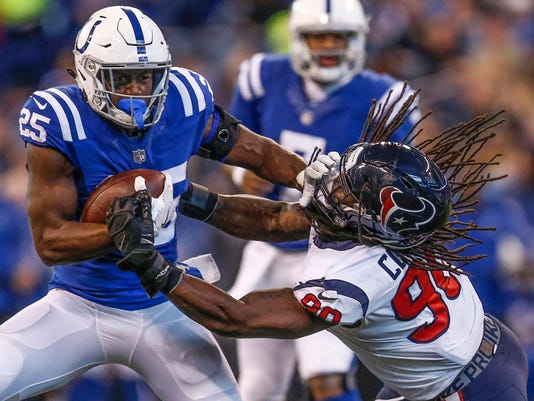 People are forgetting about Michel already… big mistake. Michel is an extremely talented rookie that can run just about anywhere you need him to. The Patriots get the Jets this week, and on paper it’s not extremely appealing to the run game, but I would expect the Pats to be up big in this one, allowing Michel to do his thing on the ground in the second half of this one. I’m still digging Sony, and you should be to.

Remember how I said Denver was a run-first offense? Yeah, this is why you have to start Lindsay. I’m expecting, at minimum, high-end RB2 numbers against the Steelers, and wouldn’t be surprised to see him flirt with RB1 status this week. Not many have had the luxury of keeping him on the bench this season anyway, but he’s DEFINITELY someone you’re going to want in those lineups this week.

Kerryon Johnson has been ruled out against the Bears, which means Riddick will see an expanded role. Though I believe that LeGarrett Blount will take the early-down work, Riddick should be able to sneak a few carries in there, and could be a big asset out of the backfield whenever Matthew Stafford gets pressured by that scary Bears’ defensive line. I’m loving Riddick as a sneaky RB2/FLEX play.

McCoy had a great showing before the BYE week, but that entire game took everyone by surprise. I fully expect the Bills to come back down to earth, and more than likely crash and burn against the Jaguars. McCoy will not get the same opportunity to run that he did two weeks ago, and I think you can do much better this week for you RB2 spot.

The Colts are one of the hottest teams in the NFL, which means the Dolphins will be playing catch up in this one. I’m staying away from Drake for the big fact that he simply won’t see the necessary amount of touches to be a big fantasy asset in Week 12.

Take away is two touchdowns last week and the guy finishes with only 5.1 points. For some reason, I expect AP to keep the touchdown-dependency tag this week, and probably won’t be of much use to fantasy owners unless he finds the endzone.

Crowell is another guy that should be considered boom-or-bust, but he’ll have even less opportunity to score than Adrian Peterson will. I have said this in nearly every article I have published this season, but here it is again: I HATE touchdown dependency. Bench the Crow.

Shootout potential in New Orleans has to make Ridley extremely giddy. Last time he faced off against these guys, he blew up for well over 30 fantasy points, and he’ll look to find that version of himself yet again in this one. I will say that the Saints have looked much better defensively lately, but I’m not letting that scare me away from playing Ridley this week.

Same thing as Calvin Ridley… Smith is the No. 2 receiver for the Saints in a game that could easily see each side put up 30+ points. I’d be very surprised if he doesn’t build off of his strong performance from last week but throw that thought out of your head. This guy should perform and put up some very solid numbers against the Falcons.

Lockett seems to be the most consistent receiver on Seattle and maybe even their new WR1. I’m liking him to have a big game against Carolina, a team that has been nothing but a disappointment to me over the last couple of weeks. If you know who I am, you know I’m a Panthers fan, so it’s big (and honest) praise if I am telling you to start someone against them. I hope I’m wrong about this, but I fear that I will be very right.

Throw out last week, this dude is a baller and should see a bigger role with the Vikings’ top CB shadowing Davante Adams in this one. I’m not quite sure what else to say besides that you should give this dude another shot to be a starter on your roster… you’re going to be kicking yourself if you leave him on your bench.

Funchess is not Carolina’s WR1, and he hasn’t been for most of the season. You can stop being hopeful because his fantasy relevance is turned to touchdown dependency. Leave him on your bench, or better yet, drop him for D.J. Moore.

Cooper should get locked down by Josh Norman in this one, as this should be (like I said earlier) a defensive battle. I can’t imagine many of you having the depth to give you the luxury of sitting the guy, but if you can go elsewhere, I definitely would.

Larry has come to life over the last three games, but this could be the one where he looks like he did at the beginning of the season. The Chargers are too good of a defense to give him many chances, and with a rookie QB under center, I’m not expecting Fitz to make much out of the few chances he’ll get… he’s just another touchdown-dependent guy for Week 12.

Keke, do you love me? Probably not, cause I just benched your ass. Tennessee has a very good defense, in case you didn’t know, and I just don’t like the play here. This is one of those guys that was on the border of being a “Sit Em” for me, but even if he performs decently, I wouldn’t expect him to win you the week.

Hooper is gonna ball out in that shootout in New Orleans and should not be benched unless your tight end is George Kittle or Zach Ertz. Fire. Him. Up. 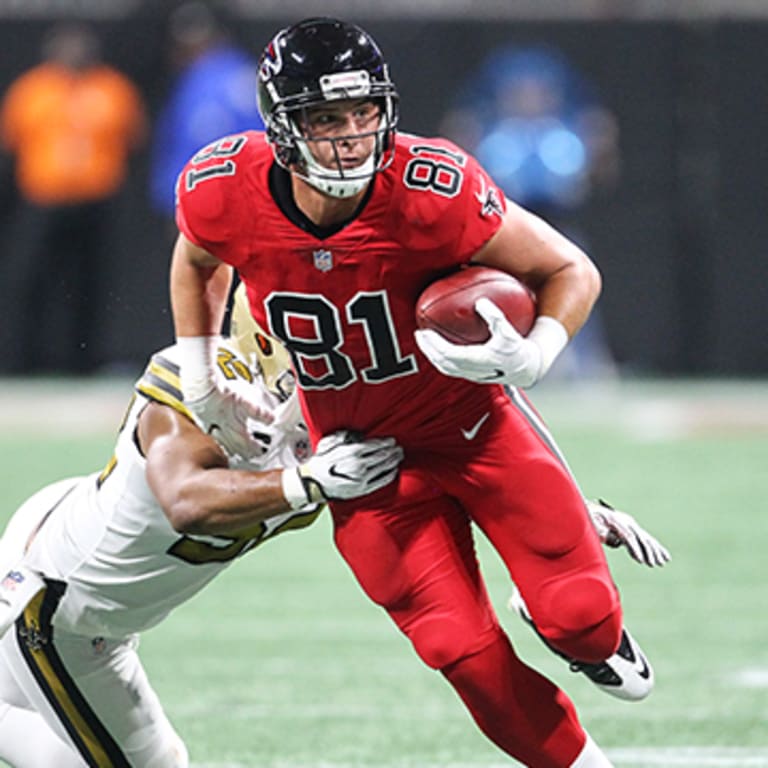 Ugh. Njoku breaks my heart almost every time I have him on here. This is, and I finally mean this, the very last time I will list him as a start if he disappoints me again. Use him in Week 12, but heed my warning… I have failed miserably in the past when predicting Njoku’s effectiveness.

Consistent. Safe (for the most part). Reliable… whatever you want to call him, I agree with you. Oakland lands a tough play against the Ravens this week, but Cook should be relied on heavily, as he should prove to be the only receiver that can actually get open in this one.

Hear me out on this one. I know that he’s disappointed you, and I know that you don’t want to start him… but this week… this is the week you gotta do it. Rudolph has always played well against the Packers and could be the “secret weapon” for a much-needed win for the Vikings. I like him this week, I like him a lot.

The Eagles are not going to get embarrassed again. I expect that defense to look pretty damn good in this one and am shying away from Engram in this matchup. Engram also only has double-digit points in two games this year, so unless he scores you a touchdown, he will disappoint you.

Burton has taken a backseat in this offense recently and may find himself in an even more pedestrian role with Mitchell Trubisky potentially out in this one. I personally haven’t been holding more than one tight end in most of my leagues, so if he’s the only one you’ve got, then I guess you can toss him in there… but you could probably do better this week.

Can we stop believing in this guy? He’s not a very good football player.

Be sure to check out the latest episode of the Loaded Box Podcast as the guys discuss their top daily fantasy sports stacks, bargains and general advice for Week 12 in the NFL!