We got out to a strong start to the NFL season last week going 2-1 against the spread.  However, the one loss was my most confident play of the week, resulting in a -2 unit finish to kick off the gambling season.

Hopefully you just ignored my level of confidence in each game and just bet the same amount on each, walking away profitable after week one.

We’ve already recorded our NFL Week 2 Preview Podcast, so be sure to get more insight on our against the spread picks there, especially since DJ went 3-0 last week, resulting in a +10 unit week.  But here are my top-three games to bet on from the NFL schedule for week two.

I’m trying it again.  For the second straight week I’m making the Chargers my top play of the week.  Let me start by saying I think we really missed the boat last week by not betting on the Ravens against a Nathan Peterman-led Bills team.  Now that Peterman’s been benched – likely for the last time in his brief NFL career – for Josh Allen, I’m not letting this opportunity go to waste two weeks in a row.

After being embarrassed last week by Patrick Mahomes and the Kansas City Chiefs, the Chargers will set out to prove that their defense is as good as several analysts hyped it up to be this offseason.  Who better to attempt to get back on track against than the Buffalo Bills who allowed 47 points to the likes of Joe Flacco and the Ravens?

There are no worries for me about the Chargers’ offense.  The team only ran the ball 22 times last week due to being down multiple scores early, but still averaged 5.6 yards per carry.  Melvin Gordon also made some noise in the passing game hauling in nine receptions for over 100 yards while Austin Ekeler added 87 yards and a touchdown.  The Philip Rivers/Keenan Allen combination once again looked on point as the two connected on eight of 11 targets for 108 yards and a touchdown, so I have no issues with the Chargers on the offensive side of the ball. 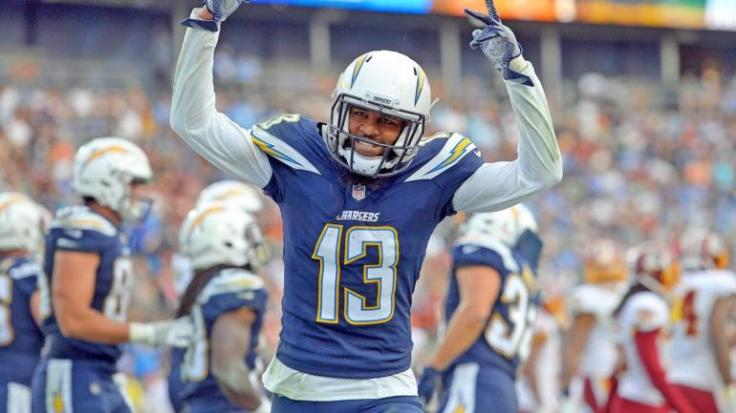 As long as the Chargers’ defense can get some pressure on Allen, forcing him to make quick decisions, I think it will be a long day for the rookie making his first career NFL start.

The Chargers are my most confident play in week two as a 3-unit bet.

The Lions were a top candidate for biggest week-one letdown after getting steamrolled by the New York Jets in front of a national audience on Monday Night Football.

Matthew Stafford threw four interceptions, the team totaled just 39 rushing yards despite acquiring a promising tandem of running backs this offseason in LeGarrette Blount and Kerryon Johnson, and they allowed a rookie quarterback in Sam Darnold to make Jets’ fans believe after just one NFL start that they have the signal caller that’s going to turn the franchise around.

Detroit was called out after the game as Jets’ players claimed they knew the team’s snap counts, plays, etc., so you know changes are in order for this week of preparation against the 49ers.  I’m not confident enough to tell you that the Lions will win this game outright, but I believe they already feel a sense of urgency with how well the rest of the teams in the NFC North performed in week one.

San Francisco experienced its first real struggle with Jimmy Garoppolo as the team’s starting quarterback in week one as he threw three interceptions on the road against the Vikings.  The 49ers also felt the loss of offseason acquisition, Jerick McKinnon, totaling just 90 rushing yards on 25 carries.  Outside of a nice performance by tight end George Kittle, the rest of the team combined for just 10 catches for 171 yards.

I think it’s going to take a little while for the 49ers’ offense to gel before we see a better version of mistake-free football, so I’ll take the six-point underdog in the Lions as a 2-unit play this week.

If you watched any of the Dallas Cowboys’ game in week one you’ll likely agree with me that the offense didn’t look like it even belonged on the field of an NFL game.  The fear several of us had going into the season, that the offense would struggle to move the ball through the air with Dak Prescott and his current stable of wide receivers, proved to be true as Prescott finished with just 170 passing yards and no touchdowns.

While the Giants didn’t set the world on fire offensively in their week-one matchup either, keep in mind that Odell Beckham Jr. hauled in 11 passes, Saquon Barkley broke off a long touchdown run, and the team was just one tipped pass turned interception touchdown away from nearly beating one of the best defenses in the league in the Jaguars.

I’d be lying if I said I wasn’t a little nervous that Dallas will find some success with Zeke Elliot and the running game this week as I believe the Giants can be run on, but I don’t think it will be enough as the Giants should find success both in the air and on the ground in what should be a much easier matchup this week.

I like the Giants to take this game straight up, so give me the three-point underdog for 2 units.

If you liked this article you should definitely listen to our latest podcast for more insight into these games and to find out who DJ is going with after his 3-0 start to the season last week!