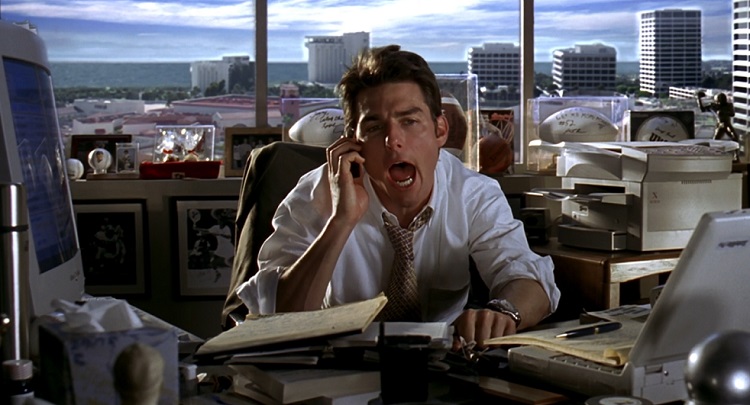 We’ve all been there – you get what you think is a juicy trade offer, and you instantly pull the trigger because it was just too good of a deal to pass up on.

And then, if you’re like me, you post a Twitter poll and tag as many dynasty trade Twitter accounts that you can get your hands on (shoutout to @MyFantasyLeague, @DynastyTrades, @FFDynastyPolls, @FFD260, @DynastyTradesHQ, and so on and so forth) so you can get some sort of semblance of validation to make sure it was the right move.

24 hours later, buyer’s remorse sets in because hundreds of votes would take the other side of your deal, sending you into a one of those “oh shit – what have I just done??” moments, similar to when you pound shot after shot just for shits and gigs.

I’ll be the first to admit it – I love the trade polls and the dynasty trade calculators, but they’re not without their flaws and limitations.

Pro: You get a solid gut check to make sure you’re not being ridiculous

Long story short – I wish I would have used trade polls before I flipped an early 2017 2nd rounder for Brock Osweiler after he signed his contract with the Texans so I would have known I was being ridiculous. Next.

The most common trades that I see come through the Twitter polls involve proven commodities for a pick or picks, but just because Dez Bryant seems to be going for a late 2018 1st rounder right about now doesn’t necessarily mean that you should take that offer if someone puts it on the table. If Dez is one of the top-3 WRs on your team, trading away a starter for an OK-but-not-great pick would never in a million years make sense to do.

Pro: Use them to find gauge valuation and as ammo for trade offers

Everyone in their league has that one guy who values their own players way more than anyone else. I’ve fallen in that camp before because everyone has ownership bias (two years ago, I refused to trade Michael Crabtree for anything less than two first rounders. Whoops). There’s no better feeling than being able to back up a good trade offer with strong, solid reasoning and evidence as to why you made that offer, and that’s where Twitter polls come in handy. If you get an offer, take a look at some of the older polls to see what price tag a particular player had, and use that as a starting point. I bookmark trade poll tweets that involve my players for this very reason.

Here’s a great example – if you plug Alvin Kamara for Michael Thomas in DynastyFFTools’ calculator, you’ll see that it’s 37% fair in favor of the Thomas side. That’s because Thomas’ value is 7,706 whereas Kamara is only 2,882. Why is that? Kamara wasn’t even on the board until around March of 2017, where his ADP was somewhere around the 100 range. In October/November, he peaked up to be around the same ADP as Thomas. I LOVE what DynastyFFTools does, and I know there are limitations because I don’t want this dude to have to work 24/7 on hand coding and updating the site, but the casual tradegoer might fall into this as a trap.

Side note: According to the site, Kamara for Crabtree is 89% fair, so make your offers. (Kidding)

There are two different schools of thought in the dynasty world – stock up on as many picks as you can so you can hopefully win the lottery, or trade your picks away for proven players. While the sweet spot is right in the middle, one trend that I always see in trade polls is that picks are as a good as vibranium to a lot of people. There are some straight up pick-for-player deals that I personally would never do in a million years (I can’t find it, but I remember seeing a poll that favored 1.02 this year over Keenan Allen+ or something along those lines), but they usually give you a good sense of what type of return you can expect for a particular pick you’re shopping.

It’s always good to have resources at hand, but make sure you use them wisely.

Be sure to check out the latest episode of the Loaded Box Podcast as the guys discuss the offseason and NFL Draft plans for those in the AFC East.